Zywave, a Wauwatosa, Wisconsin based technology company, was outgrowing their old space and needed a way to engage and retain young talent. 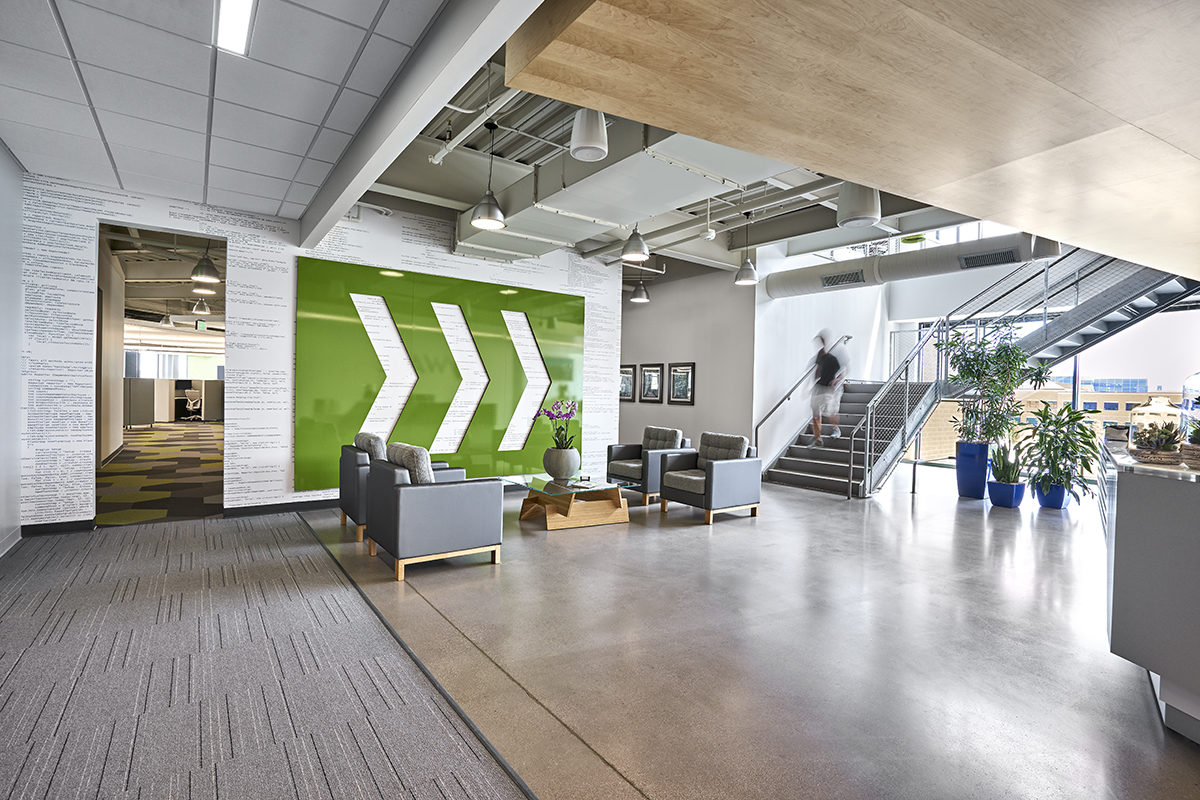 BizJournal chose 10 projects to compete for Milwaukee's Coolest Office of 2017. When the voting concluded, Zywave was the clear winner with 45% of the votes. It's no surprise that their new office is attracting so much attention, the space has completely transformed into a modern tech paradise. 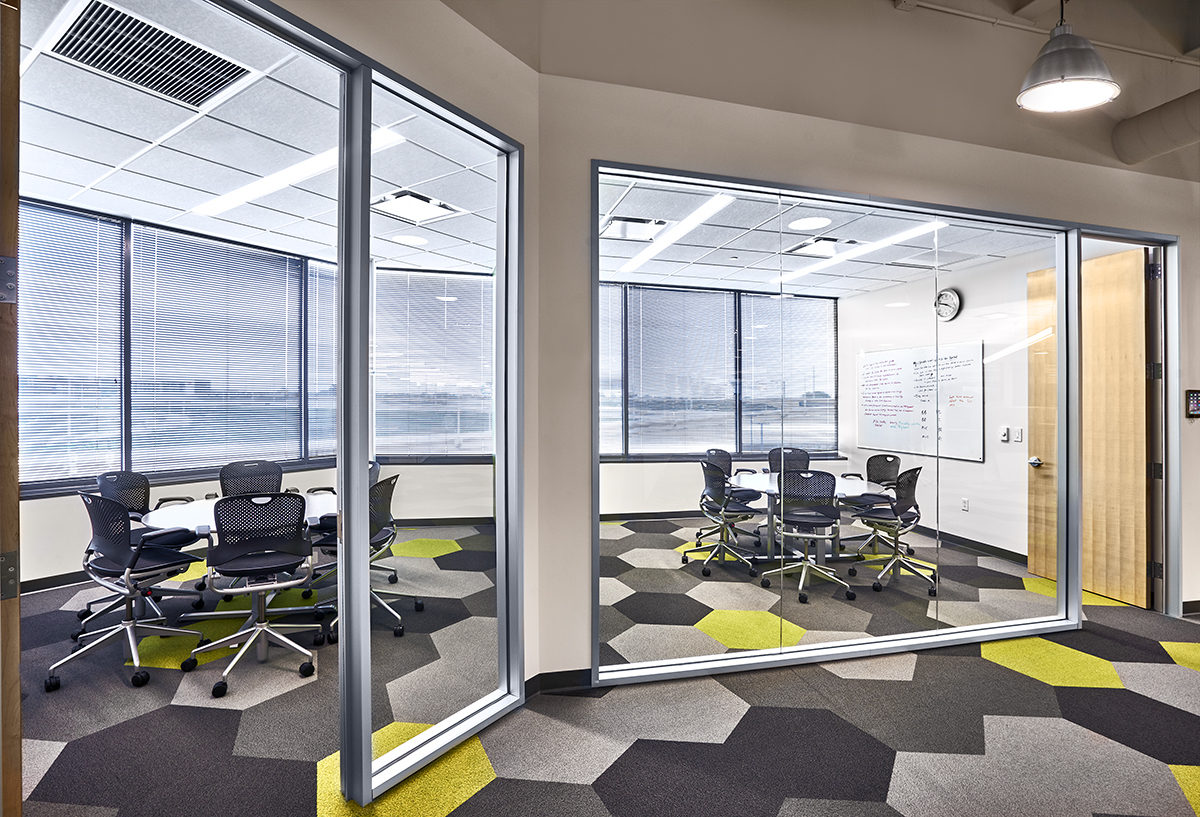 With humble beginnings in 1995 and a handful of employees, Zywave has always strived to become a hub for innovation. As of 2018, Zywave has grown to 360 employees. With roughly 26% of their staff made up of software engineers, they have become the largest software company in the Greater Milwaukee area.

In 2014, Zywave’s operations were scattered between 3 different locations. Partnering with local design firm Kahler Slater and developer Irgens, Zywave successfully consolidated into 73,700 square feet at the newly built Meadowland Research & Technology Center in the Spring of 2016. With the average age of their workforce under the age of 32, Zywave’s key driver for this space was the ability to attract and retain top young talent. 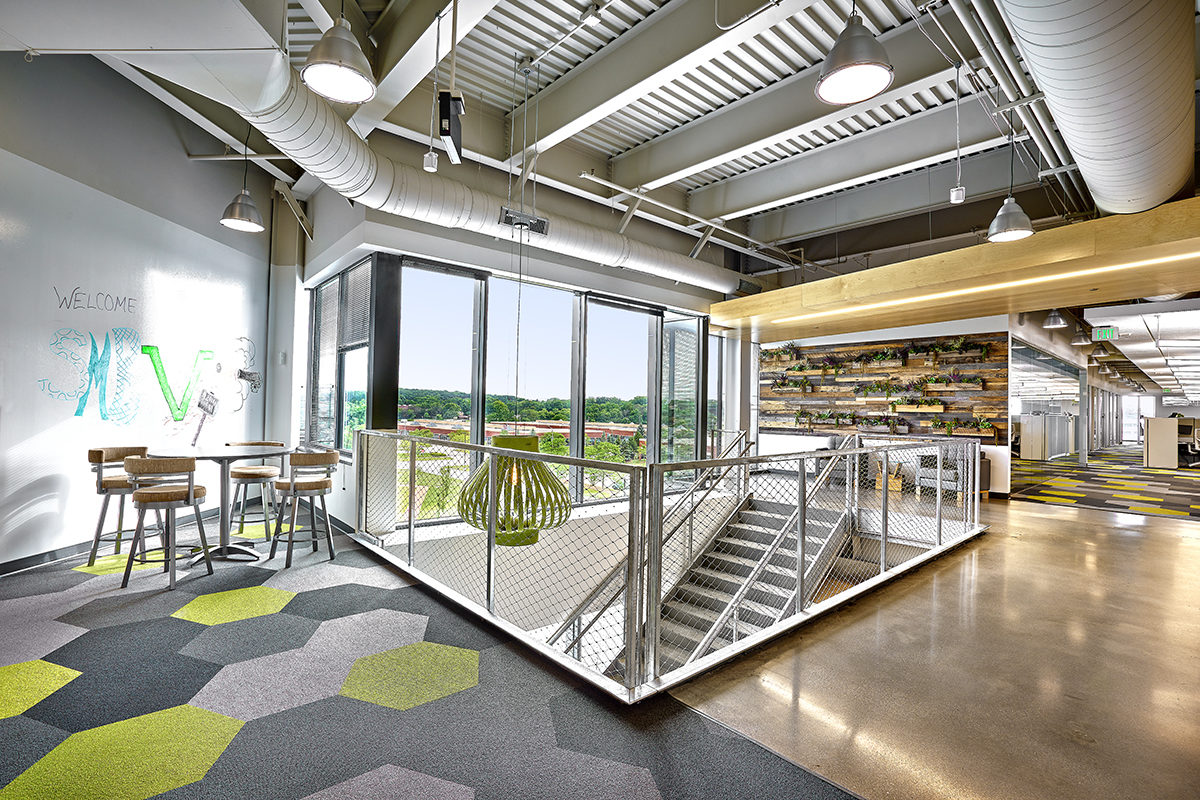 It was important for Zywave to create a space that reflected their culture and core values which include step up, own it, drive growth, bright future and have fun. To achieve this, design elements like massage chairs, a fully stocked bar, shuffleboard game and video games were essential to this project. These pieces accented the Herman Miller workstations and various ancillary manufacturers to create the perfect space to encourage collaboration and creativity.

Zywave HR Director, Liz Brooks, states that, "the significant square footage alone gives employees the freedom to customize and maximize their work day by accessing a combination of spaces such as their work desk, collaboration area, cafe or patio. The amenities are a great stress reliever and they make it easy to celebrate successes as they happen. But mostly, they provide an opportunity to make life-long relationships."