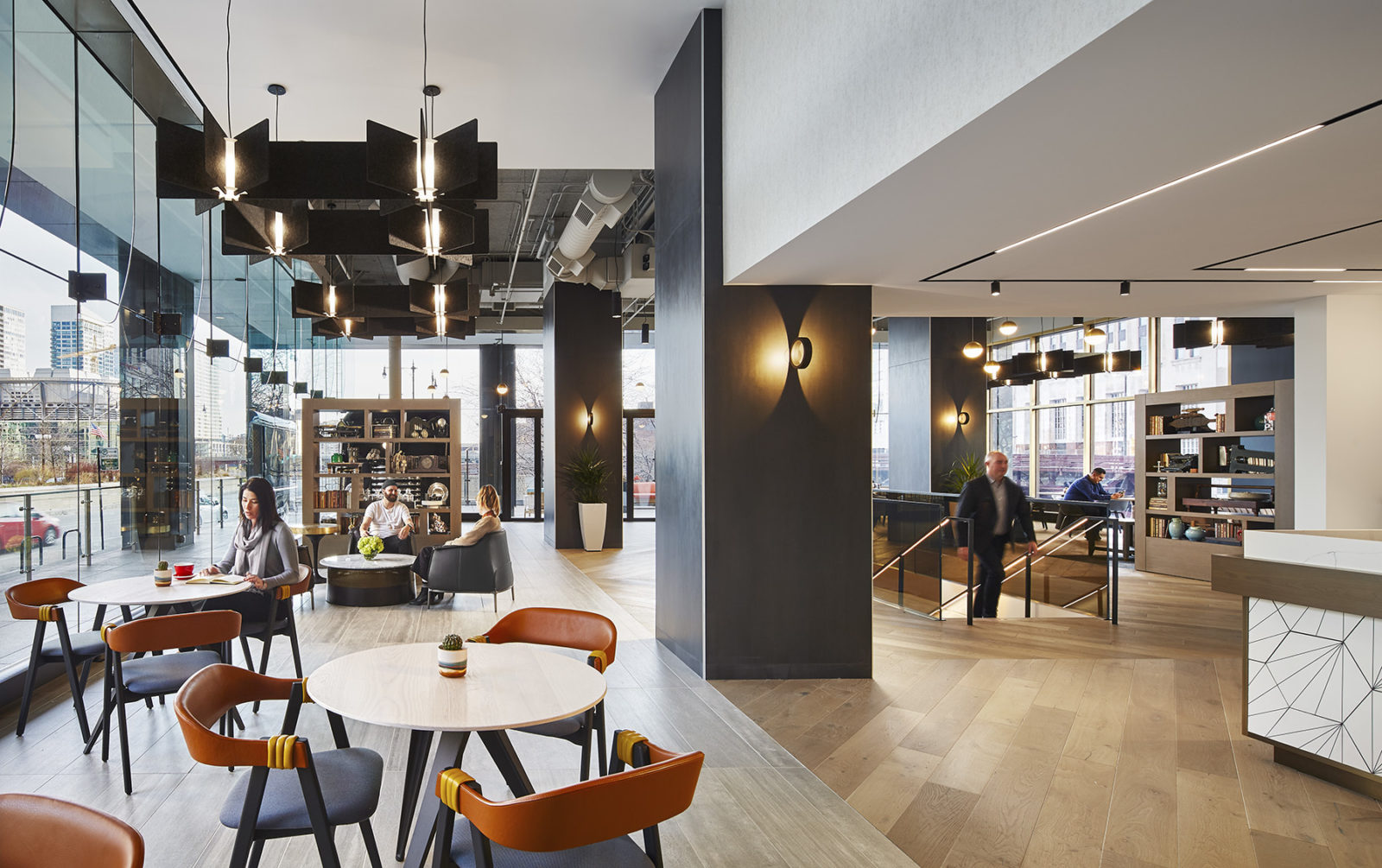 Renovations started shortly after Golub and Alcion closed on the building. They began with the corridor and 23,000 SF in spec office suites. Since the re-opening, only 6,000 SF of that spec office suite remains unoccupied making their total occupancy 95%.

To help attract and retain tenants, Golub & Co. partnered with Huntsman Architectural Group and Interior Investments to create a wealth of amenities on the lobby level. A former tenant's office was repurposed in order to gain enough space for the lounge which opened up the area for a coffee bar, stationary food truck and numerous seating areas. Interior Investments provided lounge seating and tables from HBF, MillerKnoll, Luminaire, Kettal, Holly Hunt, Davis, Andreu World and many more.

The building was already unique in the fact that it offers 360 degree views of the river. Now with the powerhouse combination of the amenities suite, river views and technology integration, The 300 is positioned as one of the most innovative buildings in downtown Chicago to be in.