In June 2020, Tricia Dunning our Wisconsin A+D Manager, was watching the news when she saw that Michael Ford had recently completed his mural in downtown Madison and had oficially become a full-time advocate and activist. Working with Lauren Maki from Herman Miller, they contacted Ford about a collaboration and Conversations for Change was born.

In his first piece of furniture, Michael Ford has remixed the popular Eames Lounge Chair and Ottoman (ELO) introduced in 1956 by husband and wife, Charles and Ray Eames as a “special refuge from the strains of modern living” with handwritten names of victims of racism in the US as a stark reminder that these Black men, women, and children were not afforded the privilege of refuge - those who died at the hands of racial actions.

The iconic Eames Lounge traveled cross country from January 2021 to February 2021 and broadcast real conversations on Instagram Live with numerous celebrities, influencers, designers, and more. The funds from this campaign went to fund Ford's Hip Hop Architecture Camps, which positions Hip Hop culture as a catalyst to introduce underrepresented youth to architecture, urban planning, and design. 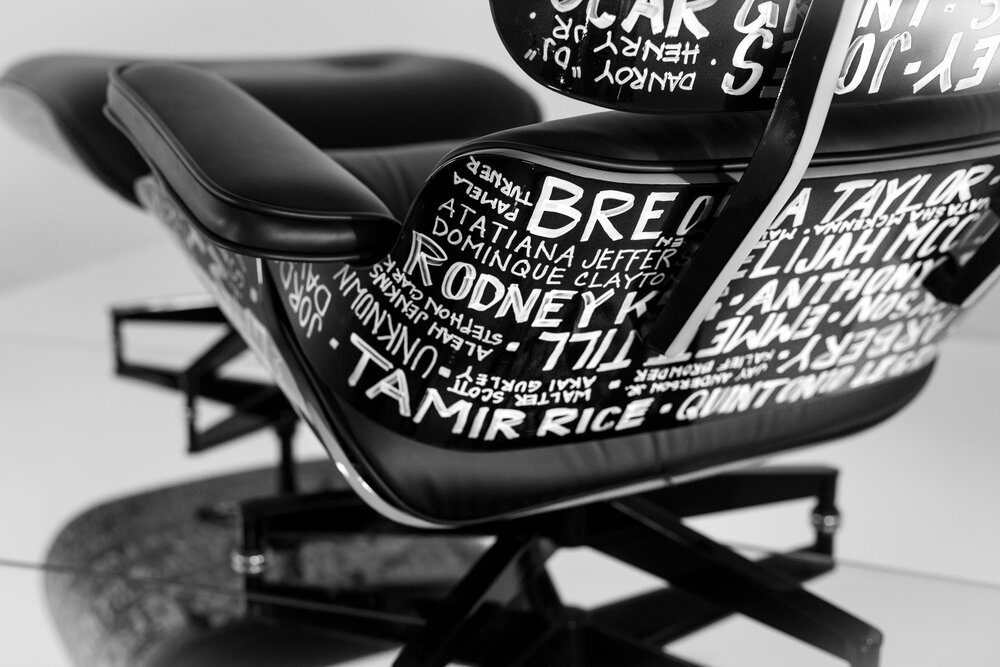 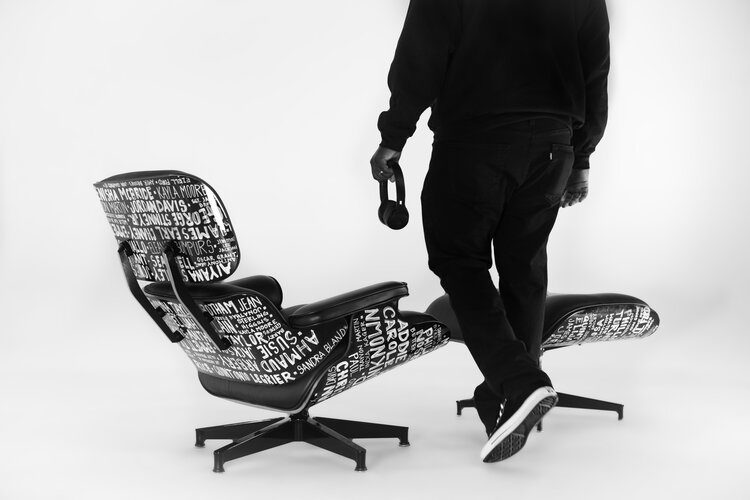 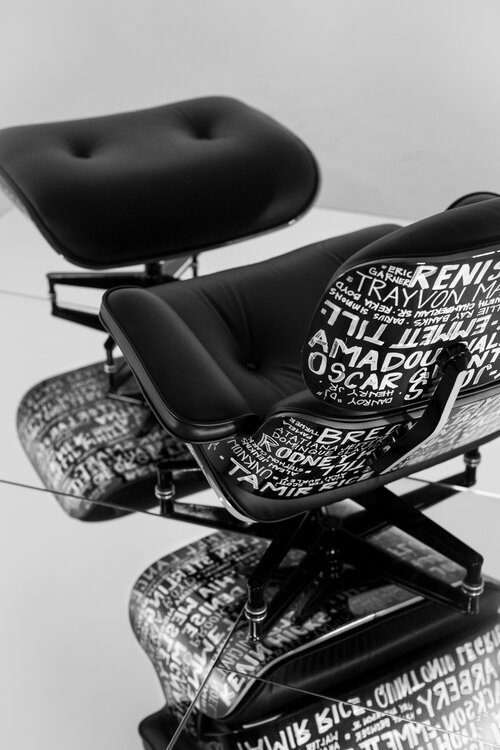 Read more about the partnership between Ford & Herman Miller.
Conversations For Change